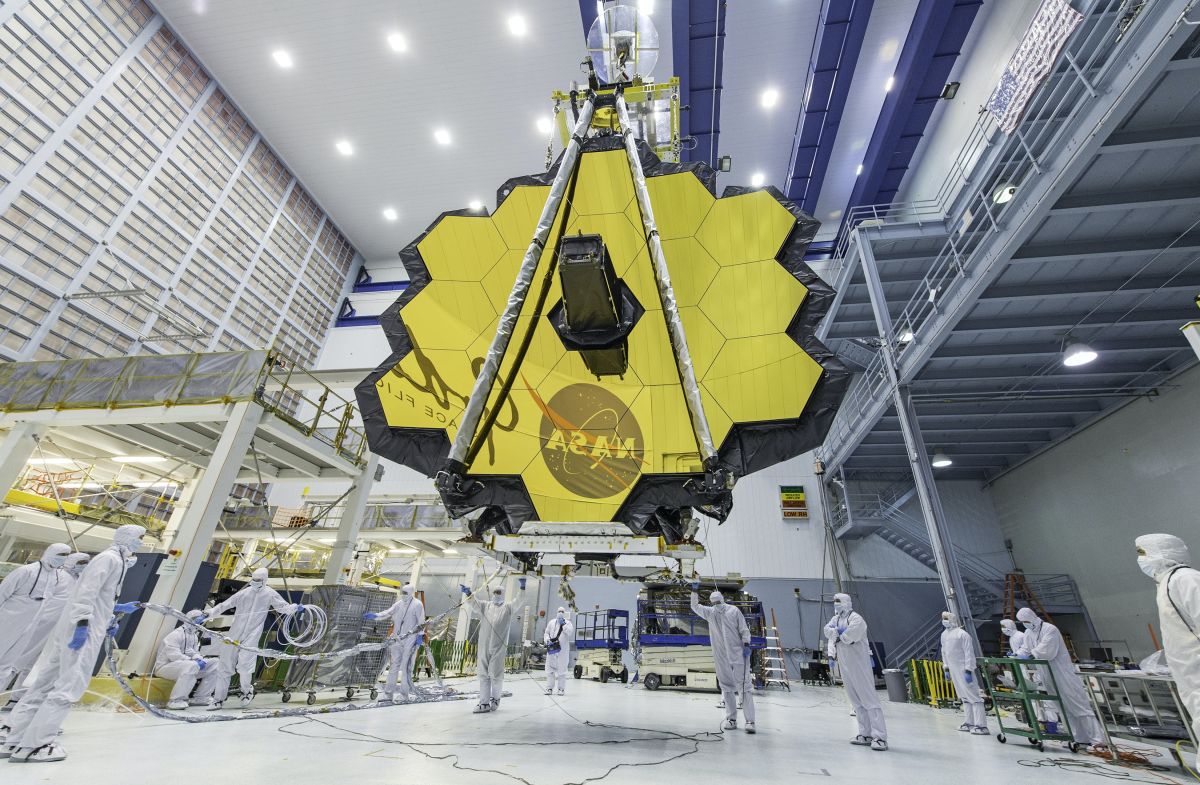 The moniker honors NASA’s second-ever administrator, who led the agency from 1961 to 1968 because it was working to land individuals on the moon. Critics of Webb declare that he was complicit in discrimination towards homosexual and lesbian NASA staff throughout his tenure, pointing to incidents such because the 1963 “immoral conduct” firing of Clifford Norton.

Some of these critics created an online petition urging NASA to rename the almost $10 billion telescope, which is scheduled to launch on Dec. 18. The petition lays out the case towards Webb, which its creators say goes again to his pre-NASA days.

Before changing into NASA chief, “Webb served as the Undersecretary of State during the purge of queer people from government service known as the ‘Lavender Scare.’ Archival evidence clearly indicates that Webb was in high-level conversations regarding the creation of this policy and resulting actions,” the petition states. “As we have noted previously, Webb’s legacy of leadership is complicated at best, and at worst, complicit with persecution.”

Putting Webb’s identify on such a high-profile mission — NASA has billed the observatory because the successor to its iconic Hubble Space Telescope — sends a troubling message in regards to the agency’s dedication to inclusion and variety, the petition’s creators say.

“We, the future users of NASA’s next-generation space telescope and those who will inherit its legacy, demand that this telescope be given a name worthy of its remarkable discoveries, a name that stands for a future in which we are all free,” the petition reads.

As of Thursday night (Sept. 30), the petition had garnered greater than 1,200 signatures, most of them from skilled astronomers or astronomy college students.

NASA had beforehand mentioned it could look into the renaming request. That work is now accomplished, and the agency is sticking with the identify, NPR reported on Thursday.

“We have found no evidence at this time that warrants changing the name of the James Webb Space Telescope,” present NASA chief Bill Nelson advised NPR.

The information, and the way it was delivered, didn’t go over effectively with University of Washington astrophysicist Sarah Tuttle, one of many petition’s 4 creators. (The others are Lucianne Walkowicz of the SimplySpace Alliance and Adler Planetarium in Chicago; Chanda Prescod-Weinstein of the University of New Hampshire; and Brian Nord, from Fermilab and the University of Chicago.)

“NASA is relying on cowardice & poor PR technique to leak that they will not be renaming the JWST, named after a career administrator who oversaw homophobic persecution & development of psychological warfare, ignoring the request for reconsideration from 1,200 astronomers,” Tuttle wrote on Twitter Thursday, towards the top of a collection of tweets in regards to the identify announcement.

“They have ignored both the petitioners and the advisory committee that requested an investigation, and have provided no details on either their research or their decision,” Tuttle added in another tweet.

The James Webb Space Telescope is optimized to view the cosmos in infrared mild and encompasses a main mirror 21.3 toes (6.5 meters) throughout — almost thrice wider than Hubble’s. After its mid-December launch from French Guiana atop an Ariane 5 rocket, the observatory will make its way to Earth-sun Lagrange Point 2, a gravitationally secure spot about 930,000 miles (1.5 million kilometers) from its house planet.

Once there, the telescope will carry out a wide range of impactful science work, from learning a few of the universe’s first stars and galaxies to trying to find indicators of life within the atmospheres of close by alien planets.