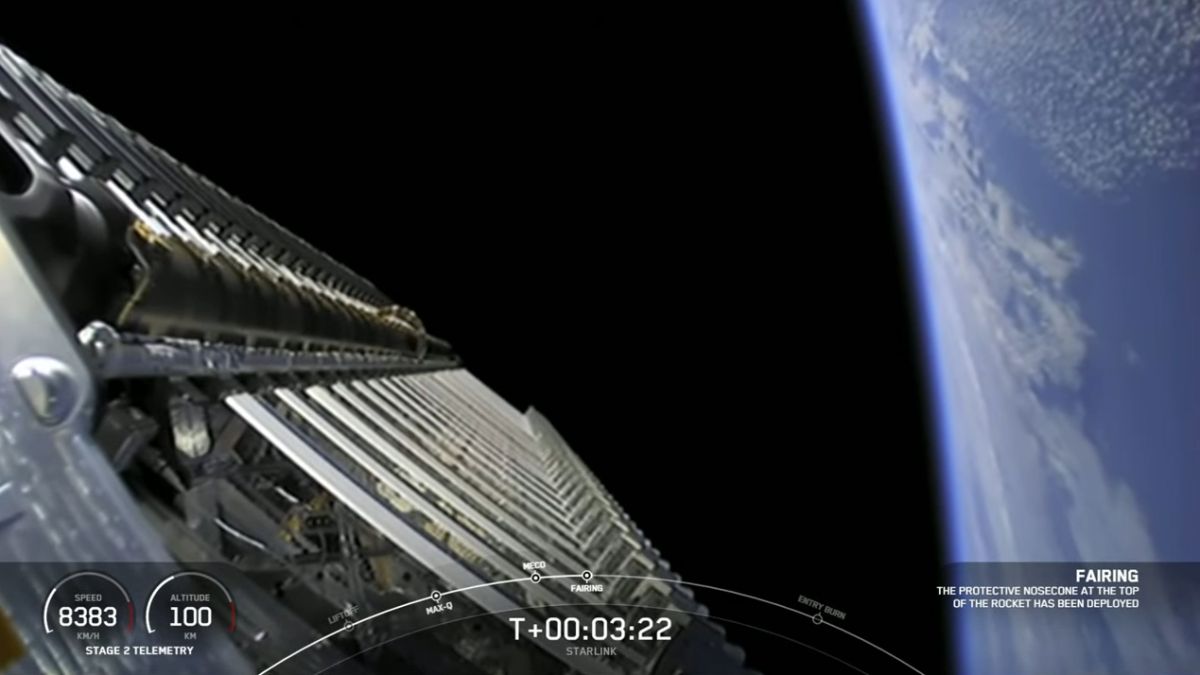 A SpaceX Falcon 9 rocket will launch 60 new Starlink satellites into orbit from Cape Canaveral Space Force Station in Florida early Thursday, March 10, and you may watch it live right here, courtesy of SpaceX. Liftoff is at 3:13 a.m. EST (0513 GMT).

A veteran Falcon 9 rocket will launch the Starlink satellites from Space Launch Complex 40 on the Cape Canaveral Space Force Station. The rocket will make its sixth journey to space and is similar one SpaceX used to first launch astronauts for NASA on the Demo-2 mission in 2020.

SpaceX is focusing on Thursday, March 11 for launch of 60 Starlink satellites from Space Launch Complex 40 (SLC-40) at Cape Canaveral Space Force Station in Florida. The instantaneous window is at 3:13 a.m. EST or 8:13 UTC.

The Falcon 9 first stage rocket booster supporting this mission beforehand supported launch of NASA astronauts Bob Behnken and Doug Hurley to the International Space Station, ANASIS-II, CRS-21, Transporter-1, and a Starlink mission. Following stage separation, SpaceX will land Falcon 9’s first stage on the “Just Read the Instructions” droneship, which can be situated within the Atlantic Ocean. One half of Falcon 9’s fairing beforehand flew on the ANASIS-II and SXM-7 missions, and the opposite half beforehand supported launch of Sentinel-6A.

You can watch a live webcast of this mission, which is able to start about quarter-hour previous to liftoff, by clicking the picture above.

Find out what the astronauts and cosmonauts aboard the International Space Station are as much as by tuning in to the “ISS Live” broadcast. Hear conversations between the crew and mission controllers on Earth and watch them work contained in the U.S. phase of the orbiting laboratory. When the crew is off obligation, you may take pleasure in live views of Earth from Space. You can watch and hear within the window beneath, courtesy of NASA.

“Live video from the International Space Station includes internal views when the crew is on-duty and Earth views at other times. The video is accompanied by audio of conversations between the crew and Mission Control. This video is only available when the space station is in contact with the ground. During ‘loss of signal’ periods, viewers will see a blue screen.

“Since the station orbits the Earth as soon as each 90 minutes, it experiences a dawn or a sundown about each 45 minutes. When the station is in darkness, exterior digicam video might seem black, however can typically present spectacular views of lightning or metropolis lights beneath.”